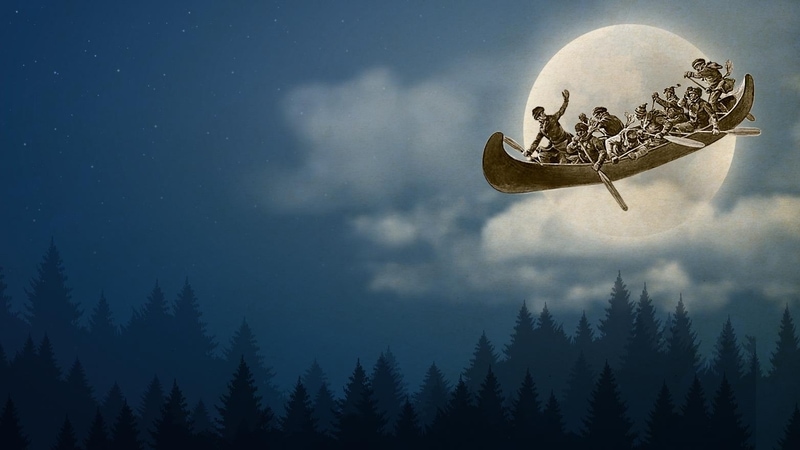 People of the country; tales and territories that unite us

People of the country; tales and territories that unite us

The uniqueness of humans often refers to our improved intelligence, our complex language, the fact that we are bipedal, or our social organization. These elements have indeed largely contributed to the development of our species, but this list is not exhaustive. Another often underestimated element is our ability to tell stories, to imagine, to generate meaning.

Are stories an integral part of our lives? Yes, from a joke over a beer to conversations with friends, telling stories about our lives or the lives of people around us (gossip), and what surrounds us is how we connect with others. Without realizing it, as children or adults, we are constantly creating stories, scenarios, daydreams around our social worlds," says Professor Jonathan Gootschall in his book The The Storytelling Animal. Through language, we are able to express a host of concepts, details, and nuances. Moreover, our language is tinged with images, metaphors, which add dimensions to our stories. We talk to each other to create and maintain a relationship between individuals. This relationship, not surprisingly, is largely affected by the territory we share. The territory is the playground that develops and frames our relationships, but it also guides language. The example of Aboriginal languages speaks for itself: there are more than a hundred words for the word "snow" among the Inuit, Algonquin, Huron, and Mohawk! Far from being trivial, our ability to describe the environment that surrounds us - and interact with it - would have allowed our species to coordinate the members of the same community and to control our environment, for example by establishing villages, which are the basis of great‍

The common imagination, a history of the territory

Our territory greatly influences the tales and legends, the arts, and the culture of the people who live there. The St. Lawrence River, for example, is a central feature of many of the landscapes that Quebecers observe, and this is reflected in the number of national parks, museums, and picturesque villages along its shores. Collectively, this common imaginary, this assembly of people's imaginations, brings us together. These collective elements then contribute to a shared memory that develops into a sense of belonging. An example of collective memory is the famous Madrid - well, its version 1.0. You know, it was that restaurant, now an actual rest stop, on the side of Highway 20 decorated with dinosaurs and bigfoots. Kids were excited to see the beasts, and parents were relieved to be halfway between Quebec City and Montreal. As a population, we created a shared imaginary universe around this simple building and its resident Normand L'Amour; Madrid 1.0 was more than just a restaurant used as a geographical landmark. It was a true icon.‍

The brain, an organ in search of interactions

Our brain is often being compared to a computer: neuronal networks, white matter cables (bundles), control loops, and more: terms that are not without reminding the electronic vocabulary. The human brain is fascinating, but observing several brains together reveals even more secrets about how it works! "Our brain needs brain needs interaction between individuals to develop normally," explains David Eagleman, professor of neuroscience at Stanford University in the United States. From the moment we are born, our brain is programmed to seek out social interactions, learn to survive and be a human, also understand the social functioning of those around us, and communicate. Humans are fundamentally social beings, and we naturally form bonds with other individuals. We are made to live in united groups, in tribes.‍

The brain, a creator of meaning

The brain, a creator of meaning

The brain is in contact with the outside world through our senses. The numerous sensory information processing takes place in different regions of the brain. The perception we have of our environment and the people around us is a creation of our brain. The body creates meaning through the senses, thanks to external stimuli. But not only! A new theoretical trend in human cognition,  embodied cognition, includes behavior and interactions between individuals in our representation of the external world. David Eagleman explains that humans have "social antennae to understand the world around us." These antennae are mainly influenced by the concepts and symbols conveyed by language.

When places tell a story

The meaning we give to what surrounds us is also forged through our memory, the story we tell ourselves, alone or collectively, and which corresponds to a representation of our experiences, not its direct traduction. Words, symbols, and icons are also a way to encapsulate memory and meaning. These symbols and icons are representations that can exist without verbal language. A picture is worth a thousand words, so a multi-sensory experience is certainly worth millions! To orient, this experience and its memory are the stories it tells. Rather than an image, let us imagine an architectural project. An excellent example of the power of the built environment on our perceptions and connection to culture: churches. Majestic, a luminosity that seems to come from the sky, stone, stained glass windows that illustrate key moments in the Bible, etc. These places tell a story specific to the religion they represent and bring together people who experience an emotion there. In his book, "Les machines à faire croire", Albert Levy, a French researcher in architecture, talks about the power of religious architecture to suggest the sublime and to put us in a state of humility and faith.

Strategy is always linked to the socio-cultural context in which the project takes place: it is the art of linking the identity of an organization and a place's spirit to the history of its visitors; to generate a new shared narrative.

On the other hand, tactics rely on the body and its blind spots, just like the magician or the mentalist who plays with perceptual or cognitive illusions to direct the viewer's attention where he wants it. We will come back to these elements in a future blog post.

We also invite you to discover our brandscaping service, which aims to tell a story through the on-site visitors' experience. To see an example of this service, discover KB3 Museum Park.

June 22, 2021
Create architecture as you would create a movie